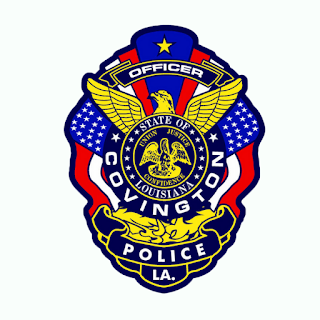 The Covington Police Department has announced the arrest yesterday (August 23, 2022) of 34 year-old Jovan Williams, whom they identify as a major fentanyl and heroin dealer in Covington.

CPD reports that Williams had evaded officers for more than three weeks but was located Tuesday in the Covington Point neighborhood after attempting to hide in a drainage ditch.

The arrest is a result of a large-scale narcotics investigation conducted by the Covington Police Department Criminal Investigations Division, which encompasses general assignment detectives and narcotics detectives.

Jovan Williams was charged with 2 counts of Obstruction of Justice, 2 counts of Flight from An Officer, Illegal Carrying of Weapons, Possession of Schedule II CDS (Fentanyl),  Distribution/Possession with the Intent to Distribute Schedule II CDS (Fentanyl), Possession of Drug Paraphernalia, Transactions Involving Proceeds from Drug Offenses, False Representation of a CDS, Drug-Free Zone, and View Outward or Inward Through Windshield or Windows. Further charges are pending.

Covington Police Chief Ferrell stated, “Many people have noticed an uptick in overdoses not only in our community but around the nation. The common theme law enforcement is witnessing is that most deaths from overdoses are related to fentanyl. Fentanyl is a synthetic opioid that is up to 50 times stronger than heroin and up to 100 times stronger than morphine. Our officers are frequently finding this drug on the streets of Covington and at the scenes of overdoses at an alarming rate.

The amount of suspected fentanyl that Williams has been charged with is lethal enough to kill approximately 80,000 people, with an approximate street value of $70,000. Let this serve as a message to any other drug dealers in our community. STOP NOW. Under Louisiana state law, if law enforcement can show a connection between a fatal overdose and the dealer who sold the drugs, that drug dealer will be arrested for Second Degree Murder. Williams is not the first, and we are sure there are more dealers in our community. Rest assured that your Police Department is proactive in apprehending dangerous drug dealers. We would like to thank the men and women of our Criminal Investigations Division and Criminal Patrol Division for their efforts in taking a dangerous drug dealer off our streets.”

* * * All persons suspected of any crimes are to be considered innocent until proven guilty in a court of law.* * *