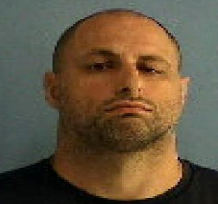 District Attorney Warren Montgomery reports that on Thursday (December 9, 2021), a St. Tammany Parish jury unanimously found 39 year-old Wade Ostarly of Covington guilty of one count of attempted manslaughter, two counts of a domestic abuse aggravated assault with child endangerment, one count of illegal use of a weapon during a crime of violence and one count of possession of a firearm by a person convicted of domestic abuse battery.

On August 26, 2019 in the early morning hours, St. Tammany Parish Sheriff’s Office deputies responded to a report of a domestic violence in progress. Upon arrival, deputies William McIntyre and Jed Sharp found the defendant walking in the area. Upon search of the home they did not find a victim but the home showed obvious signs that there had been a struggle.

Around midnight the victim and her two children were in their home sleeping when the victim heard a loud bang. The defendant had kicked in the front door. The victim dialed 9-1-1 but the defendant took the phone from her and put it in his pocket. Unknown to her, the call had gone through and the operator was able to hear and record the incident. The children were able to escape and ran through a field and a creek to their grand-parent’s home.

The defendant knew where the victim kept her firearm and grabbed it. He’d testify later that he only intended to scare her with it. There were words exchanged as the victim pled for her life. The incident moved outside onto the gravel driveway. The gun discharged missing the victim. The defendant, who had no injuries to his hand, testified that it only discharged because his dog bit him as he held the gun causing it to fall. Gravel, debris and shrapnel tore into the victim’s shoulder. The victim ran and attempted to barricade herself in the house but the defendant now had a shovel. The victim wrestled the defendant over the shovel and the defendant pushed her into the microwave causing a laceration to her head. The victim was able to grab the home phone, dial 9-1-1 again and put it down.

The calls were played at trial and in that audio evidence the victim was continually pleading for her life and the defendant repeatedly telling her he was going to kill her.

Ultimately, the victim was able to escape from her child’s bedroom window. She hid in the grass until she thought she heard the defendant’s car drive away. She then ran into her neighbor’s unlocked house. By this time both the neighbor and the grandparent had also placed a call to 9-1-1.