Man Found Guilty in St. Tammany Faces Up to 20 Years 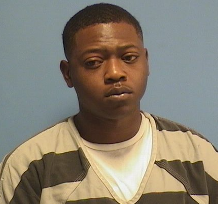 Louisiana State Police Troopers conducted a traffic stop of the defendant’s vehicle on I-12 and located a loaded handgun with an extended magazine under the defendant’s seat, as well as 1.6 pounds of marijuana, methamphetamine, fentanyl and acetyl fentanyl in the trunk of the vehicle. The defendant, having a prior conviction from the state of Alabama for Robbery in the Second Degree, is prohibited from possessing a firearm. The other occupant of the vehicle, who plead guilty at an earlier date, testified that he and the defendant had driven from their home state of Alabama to Houston, Texas in order to obtain the marijuana to later sell. He testified that they were in route back to Alabama when the police stopped them. He also testified that the defendant armed himself with the firearm for protection during the narcotics deal. He testified that the defendant stated to him, “I’d rather be caught with it, than without it.” Louisiana State Police submitted the firearm for forensic testing and located the defendant’s DNA on the firearm, as well as on the bullets that were contained within the magazine of the firearm.

The defendant is facing a sentence of 5-20 years on January 20, 2021. The case was presided over by District Judge Vincent Lobello and presented by Assistant District Attorney Tiffany Dover with the assistance of Investigator Jason Garbo. The State would like to thank all of the members of the Louisiana State Police who assisted with the investigation.