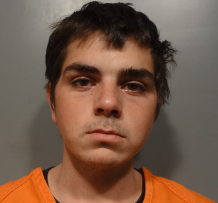 A Slidell Police officer was injured late Wednesday (December 8, 2021) afternoon  during a scuffle with a man high on narcotics, according to the Slidell Police.

Shortly after 4:00 p.m., Slidell Police responded to a man acting erratically inside of Best Buy (200 Town Center Parkway). When the officers approached the man, later identified as 29-year-old Mohamed Alhashimi of Mandeville, they tried to remove a potential weapon (sharp screwdriver) from Alhashimi’s pocket. Alhashimi reportedly grabbed the weapon and began to violently fight the officers, causing one officer to fall to the ground. The officer was cut during the struggle, and also injured by the ensuing altercation on the cement.

An “Officer Needs Assistance” alert was activated, causing a large police response to the area. After multiple officers were finally able to detain Alhashimi, they located suspected fentanyl inside of Alhashimi’s pocket. Alhashimi later reportedly admitted to officers that he used narcotics before entering the store, resulting in his behavior.

Alhashimi was arrested and booked on the charges of Resisting an Officer with Violence, Disturbing the Peace, and Possession of a Schedule II Narcotic.

The officer was treated for his injuries at a medical facility and later released.