Sheriff Randy Smith has released the 2022 crime statistics for unincorporated St. Tammany Parish, noting that the St. Tammany Parish Sheriff’s Office continues to report a clearance rate for both violent and non-violent crimes that is much higher than the national average.

Overall violent crime is down in unincorporated St. Tammany Parish, with 983 violent crimes reported in 2022 compared to 1,063 reported in 2021. The clearance rate for those same nationally reported crime categories, murder, manslaughter, sex offenses, robbery and assault, is also up from 89 percent in 2021 to an impressive 91 percent in 2022.  That is compared to the national average of 41 percent.

In 2022, the St. Tammany Parish Sheriff’s Office handled nine homicides, one of which was ruled to be justifiable and therefore not included in the national reporting.  The remaining eight of those homicides have been cleared by an arrest, with the exception of a murder/suicide where the responsible party took her own life. The STPSO also investigated one negligent manslaughter case, which was a fatal hit and run crash. An arrest has been made to clear that case as well. 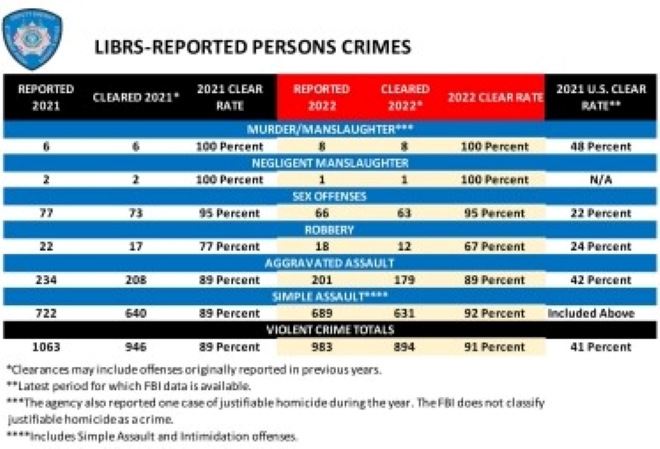 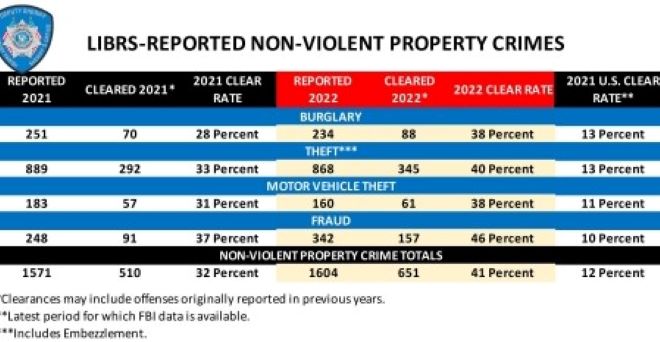 “I am pleased with the hard work of our deputies and our detectives which resulted in very high clearance rates for both violent and non-violent crimes,” Sheriff Randy Smith said. “This is a testament to the agency as a whole’s determination to keep St. Tammany Parish safe and hold criminals accountable for their actions.”

“Keeping crime rates down is a partnership between law enforcement and the community we serve,” Sheriff Smith added, “and we are blessed to live and serve in an area that respects, appreciates and works with law enforcement.”