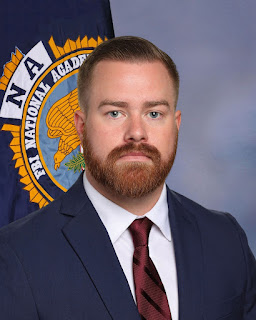 The Covington Police Department has announced the graduation of Lieutenant Bret Miller from the FBI National Academy Session 284.

Lieutenant Miller has spent the last 10 weeks in Quantico, Virginia, at the FBI Training Center, where law, behavioral science, forensic science, the terrorist mindset, communication, health and fitness, and leadership development are covered.

Bret is a native of Washington Parish, the son of Denver Miller and grandson of Carruth and Junie Belle Leggett Miller. After Denver's death, Bret was raised by David and Jo Ann in Mt. Hermon where he graduated from High School. After serving his country in the U.S. Army, Bret was employed with the Covington Police Department. He resides in Abita Springs with his family, wife Nancy and their three children.