Disturbance 1. Near the Yucatan Peninsula and southeastern Gulf of Mexico is a  large area of disorganized showers and thunderstorms associated with a broad area of low pressure. This system is likely to become a tropical depression while it moves northeastward over the northwestern Caribbean Sea and southeastern Gulf of Mexico during the next couple of days. Interests in the Yucatan Peninsula, western Cuba, the Florida Keys, and the Florida Peninsula should monitor the progress of this system. Formation chance through 48 hours is at 70% and formation chance through 5 days is at 80%.

Disturbance 2. A weak surface trough located around 200 miles northeast of the central Bahamas is producing disorganized shower activity as it interacts with an upper-level trough. Significant development of this system appears unlikely as it moves generally east-northeastward over the next several days away from the southeastern United States. Formation chance through 48 hours is at 10% and formation chance through 5 days is at 10%. 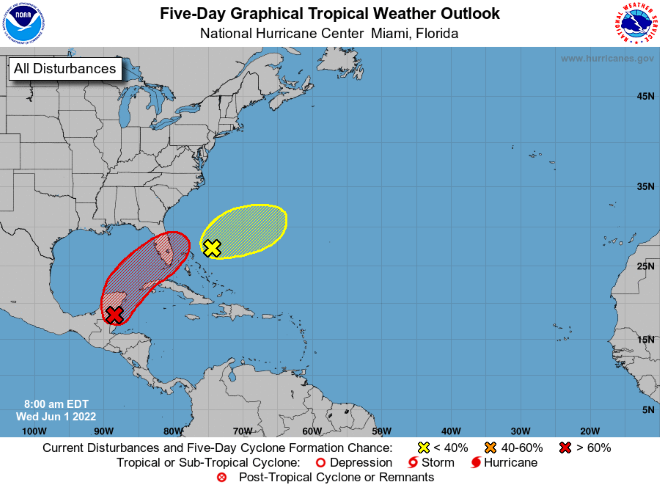