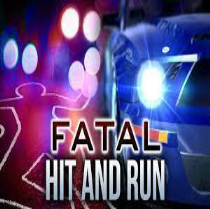 Update: Shannon Sherlock, age 52 and of Covington, was identified as the driver and arrested today (April 19, 2022). STPSO advises Sherlock will be booked on the charges of Felony Hit and Run, Driving Under Suspension, and Reckless Operation.

Shortly after 8 p.m. STPSO deputies were dispatched to a report of a male lying in the roadway of Helenbirg Road near Joyce Court. When deputies arrived, the victim, who appeared to have been struck by a vehicle, was being treated on scene by medical personnel. He was transported to a local hospital for treatment but later succumbed from his injuries.

The Sheriff’s Office Traffic Division responded to the scene and began to investigate the incident.  Based off video footage obtained from the area, deputies are searching for what appears to be a white, early 2000s model, single cab Toyota Tundra.

Anyone with information about this incident is asked to contact the STPSO Traffic Division at (985) 276-1310.