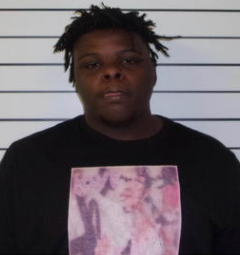 Today (March 18, 2022), the Pike County Sheriff’s Office responded to the 1000 Block of Delaney Drive in reference to a shooting. The caller advised that her 3-year-old grandson had been shot in the foot and her daughter’s boyfriend, Quran Wells, had been shot in the back twice. Wells later succumbed to his injuries.

Deputies are now searching for the alleged suspect, 21 year-old Thomas Earl Brown, Jr. Brown is wanted for questioning in the murder of Quran Wells and attempted murder.