Yesterday (March 17, 2022) Rayburn Correctional Center’s K-9 Unit assisted Walthall County Sheriff’s Office with the apprehension of a suspect who they had been in pursuit of for 2 days. The suspect was wanted for multiple local resident burglaries. The suspect was tracked for over 2 miles through dense terrain and apprehended without incident.

The Walthall County Sheriff's Office posted a statement, “This group is always willing to help us. It’s good when agencies from two different states have such a good working relationship. Another burglary suspect is in jail. Thanks Guys!” 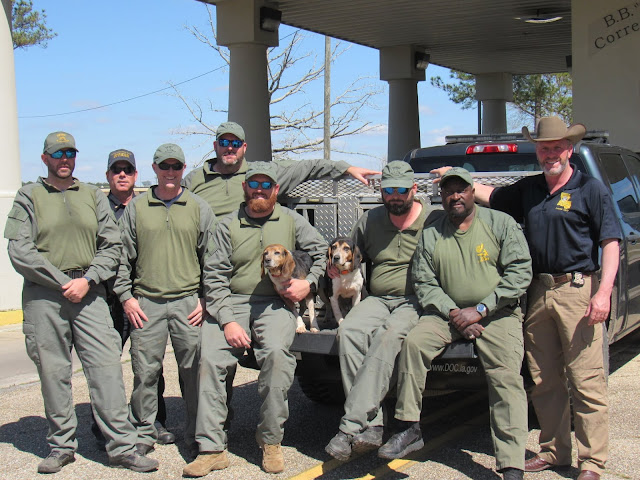