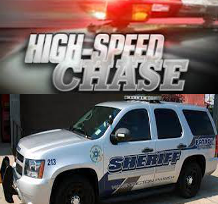 Wednesday (January 19, 2021) afternoon, two Washington Parish Sheriff’s Office deputies traveled to the intersection of Highway 25 north and Highway 38 in reference to reports of an unresponsive driver behind the wheel of a vehicle with the engine running. Once there, the deputies encountered a male in the driver’s seat who appeared to be asleep or passed out. After several attempts, the officers were able to arouse the man who appeared to be very confused. 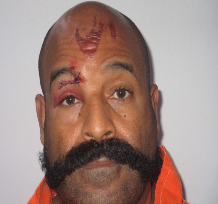 The driver produced a Florida driver’s license identifying him as John Carl Brian Thierry, a resident of Orlando. He was instructed to exit the vehicle, at which time he sped off heading west on
Highway 38. With deputies in pursuit, he made a sudden stop and
U-turn, heading east on Highway 38. At the intersection with Highway 25, he failed to stop and turned south on Highway 25 reaching speeds of 90 miles per hour and forcing other vehicles off of the roadway. As the pursuing officer closed in on him, Thierry slammed on brakes and made another U-turn heading north on Highway 25. He then made yet another sudden U-turn, heading south again. By this time, other Sheriff’s Office deputies had responded and were in the vicinity.

Suddenly, while traveling south, Thierry crossed the northbound lane onto the shoulder and struck a culvert before his vehicle went airborne and came to rest in the yard of a residence. Thierry was removed from the vehicle and handcuffed.

Northshore EMS, responded to the scene and medically evaluated and treated Thierry. Ambulance personnel then transported him to a hospital in St. Tammany Parish for further treatment.

Thierry’s vehicle was inventoried by deputies on the scene. Three firearms and more than six hundred dollars in loose bills scattered throughout the vehicle were recovered and placed in evidence for safekeeping.

A warrant for Thierry’s arrest was obtained through a 22nd Judicial District Court Judge. Upon Thierry’s release from the hospital, he will be arrested and jailed on charges of aggravated flight from an officer, resisting an officer, reckless operation of a motor vehicle, traveling at an unsafe speed and other traffic offenses. Bond will be set by the Magistrate Judge.

“What a blessing that no officers or other motorists were injured during Mr. Thierry’s episode of senseless behavior,” stated Sheriff Randy Seal. “What was he doing in Washington Parish? Why was he asleep at the wheel? Why did he flee? These are questions that, hopefully, can be answered one day as he stands before a judge. His behavior certainly jeopardized the safety of numerous persons and he must be held accountable.”