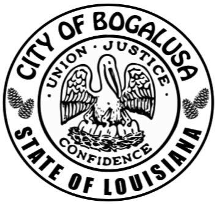 Resolutions were approved by the Bogalusa City Council on January 18, 2022 to place two tax measures on the April 30, 2022 ballot. Both measures are for essential services to residents of the City and represent no increase to taxpayers.

The first is a 1/4% sales tax  for “constructing, acquiring, improving, extending, maintaining and operating sewers and sewage treatment and disposal facilities”. The tax was first approved in 1997 and is a renewal and not an increase. (See the video at 7:40)

The second is a 5 mil property tax for the purposes of paying for garbage disposal. The tax is essentially a renewal and will not be an increase for taxpayers  The 5 mil property tax previously paid for garbage disposal when the City was an owner of the Landfill. The City is no longer an owner of the Landfill and the proposed 5 mil property tax will pay for collection of garbage and landfill disposal tipping fees. A similar proposal was defeated by voters on November 13, 2021 by a margin of 59% to 41% (with a 16.4% voter turnout). That proposal was also intended to pay for garbage disposal but provided that any additional funds would go to the General Fund, something that voters apparently opposed and recognized by the Council. As proposed for the April 30th ballot, any additional funds would be retained in the account earmarked for garbage collection and disposal and to provide for future cost increases. (See the video at 11:35)