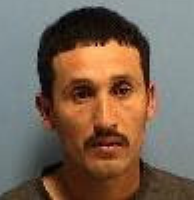 District Attorney Warren Montgomery reports that on October 21, 2021, Marvin Reyes-Calderon, age 34 and of Pearl River, Louisiana, pleaded guilty in front of District Judge Vincent Lobello on Wednesday, October 20, 2021. Reyes-Calderon pled guilty to one count of sexual battery with a victim under 13 and received a sentence of 60 years in the  Department of Corrections, with 40 years to be served without the benefit of probation, parole or suspension of sentence.

On February 14, 2019, the eleven-year-old victim was taken to the hospital by her mother due to complaints of stomach pain. At the hospital, it was discovered that the victim was pregnant. She then disclosed that a relative’s husband, the defendant, had forcibly raped her on two occasions and threatened to kill her family members if she told anyone. Ultimately, the victim gave birth to the baby and DNA testing confirmed that the defendant was the father of the child.

The victim and her mother were in agreement with the plea deal and expressed their relief that the defendant will not have the ability to harm any children in the future.