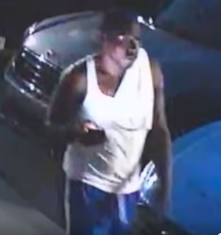 Shortly after 7:30 pm on Tuesday (September 7, 2021), Slidell Police responded to a carjacking outside of Panera Bread. The victim stated she was getting into her car, at which time the suspect brandished a firearm, grabbed her keys, forced his way into the vehicle, and fled the area. The victim was unharmed during the incident.

Any information regarding the identity of the suspect, or the location of the vehicle, contact Sergeant Joel Hoskins at 985-646-4349 or jhoskins@slidellpd.com. You can also contact Crimestoppers at 504-822-1111. You can remain anonymous and may be eligible for a cash reward.