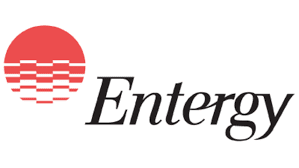 Entergy Louisiana, LLC has restored power to customers in Louisiana who can safely receive it after extremely cold temperatures and back-to-back winter storms that brought freezing rain and ice significantly impacted the company’s electric system.

“Our communities once again remained resilient in the face of severe weather and unprecedented challenges,” said Phillip May, Entergy Louisiana president and CEO. “I want to thank our customers for being patient and keeping safety at the forefront as many in our workforce braved the elements to make repairs or replace electric equipment to restore power following the winter storms.”

While south Louisiana bore the brunt of the first winter storm, central and north Louisiana were harder hit by the second. Ice accumulation sagged or downed trees, limbs and power lines, causing damage to the company’s electric system. The additional weight of ice caused trees and limbs to fall into power lines and other electric equipment. A storm team of more than 4,000 worked quickly and, above all, safely to restore power throughout a week that saw recurring outages due to limbs falling after severe weather passed and issues with cold load pickup. Crews oftentimes had to energize a power line in sections rather than all at once to avoid damaging the electric system through instantaneous demand. For more information on how the company restores power in extremely cold weather, visit the Entergy Storm Center.

At the peak, the winter storms knocked out power to approximately 131,000 Entergy Louisiana customers. The first storm heavily impacted the Livingston Parish, Tangipahoa Parish and Greater Baton Rouge areas. Customers who were affected by the first storm, including those that lost power days after the storm had passed due to limbs falling after the fact and other scenarios, were restored by Saturday. The second storm heavily impacted central and north Louisiana. Most customers affected by the second storm were restored by Monday, with isolated cases in the hardest-hit areas restored today.