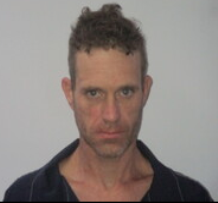 Stein has at least eight previous arrests in Washington Parish that include charges of domestic abuse with strangulation (2 counts), false imprisonment while armed with a weapon (2 counts), aggravated battery, aggravated assault, simple battery (2 counts), failure to appear in court,  criminal trespass, possession of drug paraphernalia, battery of a dating partner, battery of the infirmed, being a convicted felon in possession of a firearm, failure to honor a written promise (2 counts), domestic abuse battery, contempt of court, possession of illegal drugs, theft of a motor vehicle, criminal damage to property and a traffic offense.

“Sounds like this young man is determined to go to the penitentiary,” stated Sheriff Randy Seal. “I don’t know what motivates him, but it certainly isn’t love and respect for others. I appreciate Sgt. Cupp’s quick response to protect this young lady from further harm.”