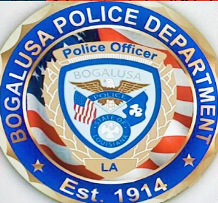 Bogalusa Police Department responded to the 800 Block of Warren St. in reference to shots being fired. It was determined that a large group of individuals were gathered for a birthday party, when shots rang out and police were called. Officers located one subject on the ground suffering from multiple gunshot wounds. Officers also located a second victim suffering from a gunshot wound to the upper leg. Both subjects were turned over to the B.F.D. and E.M.S. personnel upon their arrival.

Officers then attempted to secure the scene and locate witnesses. There was still an extremely large crowd of people in the area. Officers learned that a third victim had been transported to the Emergency Room by a vehicle.

This is an ongoing investigation and Officers are working to solve this tragic incident. If you or someone you know has information that would help with this investigation, please call the Bogalusa Police Department @ 985-732-3611 or Crime Stoppers @ 504-482-1111.