Lacombe Man Sentenced for an Automobile-Bicycle Accident Resulting in Death 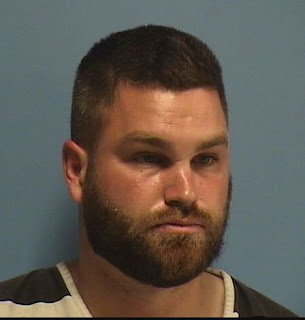 District Attorney Warren Montgomery reports that on December 9, 2022, Andre J. Damiens, age 31 and of Lacombe, was sentenced by District Judge Ellen Creel on charges of vehicular homicide and hit and run driving resulting in death

In July of 2021, Louisiana State Police responded to a call that a deceased male was lying on the shoulder at US 190 in Lacombe. The body was identified and a heavily damaged Huffy bicycle was found. A witness told police that a vehicle had drifted to the right onto the shoulder and hit the rear tire of a bicycle with its front bumper, causing the victim to become airborne. The body struck the hood, windshield and roof of the vehicle. Investigators determined that the bicycle traveled approximately 149 feet and the victim traveled approximately 250 feet.

Witnesses had taken down the license number of the fleeing vehicle which led officers to the vehicle and the defendant. The vehicle had damage consistent with being involved in the crash. The defendant had just reported the accident to police, telling dispatch that he’d hit a pole. Officers interviewed him and detected an odor of alcohol on his breath and testing confirmed his impairment.

The defendant addressed the Judge before sentencing and said that “not a day goes by that I don’t pray for [them;] I am ready to pay back the debt that I owe society.”

The victim’s family was out of state and could not be present in court but their impact statements were read aloud. They said that the victim “was a practicing Christian and was shining his light and witnessing to those around him” and they graciously told the defendant, “I forgive you, as I know it's what he would have wanted.” And, “I pray you are able to make something of your life when you are released from prison and have a purpose moving forward.”

Judge Creel, before announcing the sentence, told the defendant that those family members were more generous than she would have been had it been her family member, but that she was taking their statements into consideration. She then sentenced the defendant to 10 years in prison, seven of which were suspended and three to be served without benefit of probation, parole, and suspension of sentence. She also ordered three additional years of probation, a scram device and attendance at AA meetings until she was satisfied.

This case was prosecuted by Assistant District Attorney Jason Cuccia.