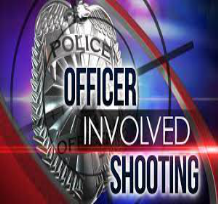 On October 30, 2022, detectives assigned to the Louisiana State Police Bureau of Investigations were requested by the Tangipahoa Parish Sheriff's Office to investigate a shooting incident involving the TPSO.

On October 30, 2022, at approximately 10:10 a.m., the TPSO received a call regarding a domestic disturbance at a residence in the 46000 block of Laurie Drive in Hammond. Shortly after arrival, the subject barricaded himself inside of a vehicle. TPSO deputies then attempted to negotiate with the subject. During the negotiations, the subject indicated that he was in possession of an explosive device and shot a firearm into the air. The subject then exited the vehicle armed with a rifle while wearing a back pack on his chest, later to be found containing binary explosive targets. Deputies from TPSO and Officers from Hammond Police Department then discharged their service weapons at the suspect fatally injuring him.

The subject, who was later identified as 47-year-old Randall Bass of Hammond died on the scene.

No law enforcement personnel were injured during the incident.