Franklinton Mayor and Board of Aldermen Meeting of November 8, 2022 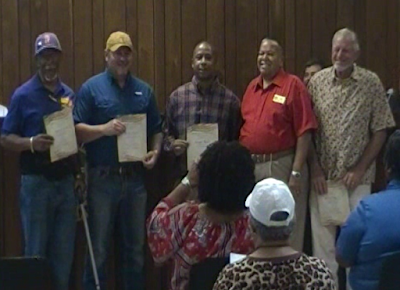 The Tuesday (November 8, 2022) evening meeting of the Franklinton Mayor and Board of Aldermen began as usual with a prayer and was followed by recognition of Veterans Day. The National Anthem was rendered by Dee Dee Graves, Alderman Darwin Sharp led the Pledge of Allegiance, and Bruce Brown read an inspiring poem he wrote titled “Thank You is Not Enough”. Veterans who were present were recognized.

During Public Participation (beginning at 1:12:30), residents Frankie Crosby, Michelle Dillon, and James Schilling spoke. Crosby spoke about what he termed racial profiling by the Police Department. Dillon spoke about a right of way problem to the Town providing services to her property. Schilling spoke about a street obstruction causing a safety issue.