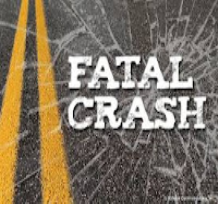 Sherman Johnson, age 24 and of Tylertown, Mississippi, died as a result of a crash which occurred Tuesday (November 8, 2022) afternoon on Highway 25 near Village Farms Lane in Folsom.

St. Tammany Parish Sheriff’s Office deputies were dispatched at the request of the Folsom Police Department. The preliminary investigation indicated a 2004 Mazda 6, driven by Johnson, was northbound on Highway 25 when for unknown reasons, it crossed the centerline and was struck head-on by a southbound 2009 Dodge Ram.

The body of the deceased driver was turned over to the St. Tammany Parish Coroner’s Office, who identified Sherman Johnson as the driver and ruled the cause of death to be multiple blunt force trauma and the manner of death to be accidental,