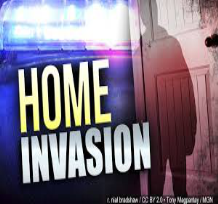 The St. Tammany Parish Sheriff’s Office has arrested John Holland, age 46 and of Slidell, after responding deputies determined he barged into a neighbor’s residence while armed with a knife.

At approximately 4 a.m. Monday (October 17, 2022) morning, STPSO deputies were dispatched to a residence in the 1000 block of Clarise Court near Slidell in reference to a home invasion. Deputies learned that Holland arrived at the residence and, when one of the residents opened the door, he forced his way inside, knocking the resident to the floor. While armed with a knife, Holland demanded the keys to one of the victim’s vehicles. The victim repeatedly refused to turn over the keys, and Holland eventually left the residence. Deputies located Holland at his nearby residence, and he was taken into custody without incident.