Washington Parish Sheriff Randy Seal asks for the public’s help in identifying a white male who stole a Reveal X trail camera in mid-September from a location on private property in the Choctaw Hills Hunting Club. The owner of the camera received images transmitted through his mobile telephone. Obviously, the thief did not realize the images would be electronically transmitted to the camera’s owner. The pictures reveal a shirtless white male near the camera before it was stolen, a white male inside of an unknown structure at an unknown location, and an interior picture of an unknown location.

The theft has been turned over to Washington Parish detectives for investigation. Any person who might be able to identify the male depicted in the images is asked to call Detective Kevin Bond at (985) 661-2021 or the Sheriff’s Office main number, (985) 839-3434.

“Help us identify this thief,” said Sheriff Randy Seal. “We want his name so we can locate him, arrest him and put him in jail. Any person who steals another person’s property is worthy of silver bracelets and a free ride to the Washington Parish Jail.” 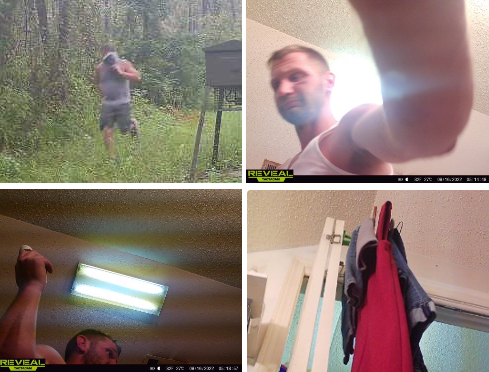