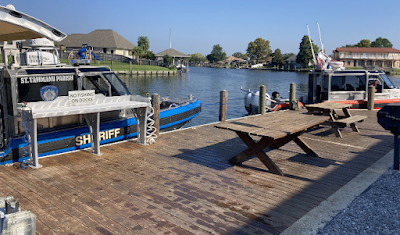 The Louisiana Department of Wildlife and Fisheries enforcement agents are investigating a fatal boating incident that occurred in St. Tammany Parish today (Thursday, September 25, 2022). The body of 62 year-old Ricky Hodgson of Pearl River was recovered from Lake Pontchartrain around 9:30 am today.

Agents learned that Hodgson and another passenger on the boat were recreationally trawling for shrimp in Lake Pontchartrain near the twin spans when their trawl was stuck around midnight. Hodgson and the other boater tried to get the trawl unstuck when the boat capsized putting both men into the water without wearing personal flotation devices. The other boater survived the incident while Hodgson passed away. Hodgson’s body was turned over to and identified by the St. Tammany Parish Coroner’s Office. An autopsy will be conducted to determine the cause and manner of death.