When attending a meeting of the Bogalusa City Council, one witnesses the Council conducting routine business. They  also consider approval of resolutions and ordinances, hear reports from the Mayor and her staff, and listen and respond to complaints and questions from the public. But often there is a little bit of controversy and a little bit of drama. 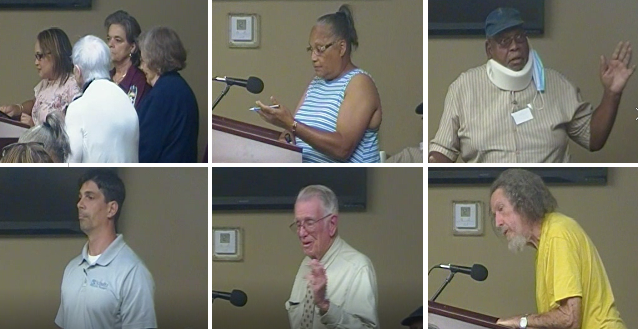 Early during Tuesday (September 20, 2022) evening's meeting, Mayor Wendy Perrette proclaimed September 17-23, 2022 as Constitution Week marking the 235th anniversary of the Constitution of the United States of America and presented the Proclamation to representatives of the Daughters of the American Revolution.

During Administrative Remarks (beginning at 1:05:45), Parks and Recreation Director Landon Tims reported on upcoming events and on plans to improve facilities. Mayor Perrette further commented on the proposed forum/debate