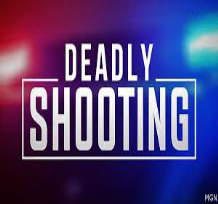 Shortly before 2:30 a.m., STPSO deputies were dispatched to a residence in the 79000 block of Railroad Avenue in Bush and located a male deceased in the front yard with what appeared to be gunshot wound(s).

The occupants of the residence, a male and a female, told detectives they were inside their home when they heard someone outside. Upon the male occupant exiting the residence, he was physically confronted by a known male and a physical altercation ensued. The female exited the residence armed with a shotgun and shot the man.  They then called 911 to report the incident.

The incident is still under investigation and no additional information is available at this time.
at 8/26/2022 04:16:00 PM