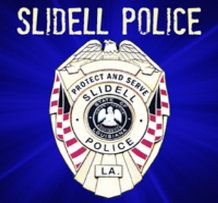 The arrests came after Slidell Police responded to a report of two men walking down the 800 block of N. Pine Street, while aimlessly firing guns into the air. One block from the shooting, responding officers located two men with guns run into a nearby house. As officers surrounded the residence, both suspects surrendered and exited the house.

Both Triggs and Dortch admitted to their role in firing the weapons, and stated they were celebrating Independence Day. Officers were also able to recover the two firearms used during the shooting, which were a 9mm Taurus and a .45 caliber Hi-point. Officers located over twenty (20) shell casings from the street, as well as surveillance video of the incident.