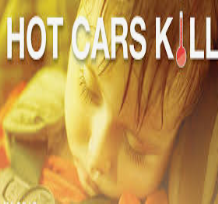 An alert Wal-Mart employee and Slidell Police officers are being credited with saving the life of a 16-day-old infant, who was left inside of a car on Thursday (July 7, 2022) in a Wal-Mart parking lot.

Around 10am this morning (Thursday, July 7), Slidell Police received a call about a woman, who was visibly impaired with her infant child, in the parking lot of a local Walmart store. When officers arrived, they were unable to locate the woman, who was later identified as 37-year-old, Ashley Kennedy of Minden, Louisiana. Witnesses told officers that she left the area in grey Honda Odyssey minivan. As officers were searching for the vehicle, about an hour later, an alert Walmart employee called Slidell Police and stated Kennedy was back at Walmart, but this time shopping inside of the store without her child.

Slidell Police rushed to Walmart and located Ashley Kennedy, reportedly highly intoxicated, inside of the store, and her 16-day-old child inside of the Honda minivan, covered in a blanket. Officers forced their way into the vehicle and discovered the vehicle to be extremely hot with the air conditioner  blowing hot air. The lethargic infant was rushed to a nearby hospital, and miraculously, is expected to survive and make a full recovery. It was also discovered that Kennedy was involved in a hit and run accident earlier in the day.

Kennedy was placed under arrest and booked into the Slidell City Jail on charges of Cruelty to Juveniles, 3rd Offense DWI with Child Endangerment, Hit and Run, and Improper Child Restraint. Kennedy will later be transferred to the St. Tammany Parish Jail.

The Louisiana Department of Children & Family Services (DCFS) was contacted, and the child has been placed in DCFS custody.