D. A. Montgomery Goes to Court to Force Funding 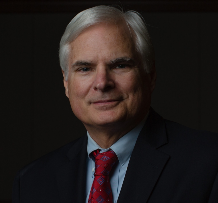 Following the failure of St. Tammany Government to fully fund the District Attorney's 2022 budget in 2021, Montgomery asked St. Tammany voters on April 30, 2022 to approve a sales tax of less than 1/7 of a cent to make up for the “defunding by St. Tammany Parish Government”. That ballot item was defeated with 54% voting NO and 46% voting YES.  Voter turnout was only 8.6%.

The action is in the form of a Petition for Writ of Mandamus and named as defendants are St. Tammany Parish President Michael B. Cooper and members of the St. Tammany Parish Council in their official capacities. The matter is apparently assigned to Division “H” Judge Alan A. Zaunbrecher.