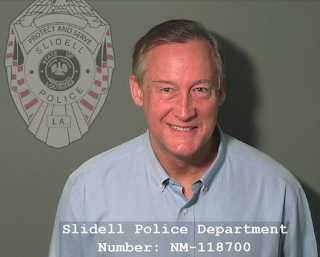 Early this afternoon (April 7, 2022), Slidell Police arrested Pastor John Raymond, age 60 and of Lacombe and who is the headmaster of Lakeside Christian School in Slidell, for three (3) counts of Cruelty to Juveniles.

Slidell Police received a complaint in late March from the Department of Children and Family Services (DCFS) about potential child abuse, which was occurring at Lakeside Christian School. The complaint stated that Pastor/Headmaster John Raymond taped multiple students’ mouths shut, as a form of discipline. Slidell Police launched an investigation into the allegations.

Detectives conducted several forensic interviews of students at the Children’s Advocacy Center – Hope House, as well as interviewed parents and faculty from Lakeside Christian School. The investigation concluded that on March 18, 2022 several students were removed from a class due to excessive talking. John Raymond became angry and brought the students to his office. At some point, Raymond took a roll of packing tape and taped the students’ mouths shut by wrapping the tape around their heads. Raymond allegedly sent the students back to class for around 45 minutes before another school administrator felt uncomfortable with the situation and removed the tape from the students’ faces. Due to the fact the tape was wrapped around the students’ heads, it had to be removed with a pair of scissors. During the encounter, the students claim they had trouble breathing and that the removal process was painful.

After reviewing all the facts of the case, detectives presented their findings in a warrant, which was signed by a 22nd judicial judge early this morning (April 7, 2022). Several hours later, Raymond turned himself in to Slidell Police. Raymond was booked into the Slidell City Jail for three (3) counts of Cruelty to Juveniles, which states, in part, “to cause unjustifiable pain or suffering to children under the age of 17”. All three of the victims were 13-years-old.

Raymond will be transported to the St. Tammany Parish Jail where a bond will be set.