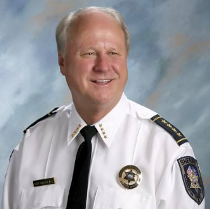 Louisiana law allows state citizens to carry a gun without a permit only if that gun is exposed and visible. Our current law further stipulates that anyone wishing to carry a concealed weapon may do so only if they are trained and certified in accordance with a stringent permit process administered by the state.

A proposed law is currently making its way through the legislature to allow any citizen to carry a concealed weapon without a permit. Sheriff Randy Seal supports this legislation.

“Criminals already carry concealed weapons without a permit,” stated Sheriff Seal. “Honest, law-abiding citizens should have the same right. Law-abiding citizens have a right to defend themselves at all times, whether at home or any other location. While law-abiding citizens generally purchase their weapons through legitimate sources, criminals generally obtain their weapons through illegitimate sources. This proposed bill is not a threat to law enforcement as our deputies are trained to consider any person they encounter as possibly having a weapon. The bill to abolish permits has passed the House Criminal Justice Committee and now goes to the full House for more discussion. An amendment to the bill stipulates that a citizen must be 21 years of age or older in order to quality for permitless concealed carry. If this bill becomes law, as it should, Louisiana will join more than twenty other states that already allow concealed carry without a permit, including our neighboring states of Arkansas, Mississippi and Texas.”