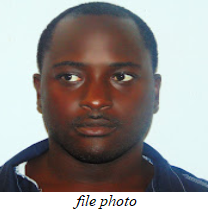 Owens plead guilty to a three-count indictment charging him with drug and firearm offenses. The Court imposed concurrent 72 month sentences as to Counts 1 and 2 and a consecutive 60 month sentence as to Count 3 followed by four (4) years of supervised release.  The Court ordered Owens  to pay a total of $300 in mandatory special assessment fees.

According to court documents, on September 26, 2020, Washington Parish Sheriff’s Office Deputies executed a traffic stop on a vehicle driven by Owens on Highway 21 in Bogalusa. Deputies smelled marijuana on Owens and placed him under arrest.  While searching Owens pursuant to his arrest, deputies retrieved approximately 27 grams of methamphetamine from Owen's underwear.  Deputies searched Owen's vehicle and found approximately 5 grams of cocaine base, less than 1 gram of heroin, and a loaded black Glock, Model 19, nine millimeter, semi-automatic pistol.

Owens is a previously convicted felon and was aware of his felon status prior to possession of the firearm.

This case was investigated by the federal Bureau of Alcohol, Tobacco, Firearms and Explosives and the Washington Parish Sheriff’s Office.  The prosecution was handled by Assistant United States Attorney André Jones.