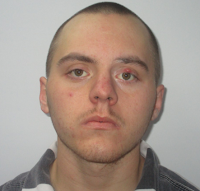 Washington Parish Sheriff’s Office Corrections Deputy Trey Jenkins, age 21 and a resident of Bush, was arrested by the Sheriff’s Office on Wednesday (March 2, 2022). Jenkins had been under investigation since late February after jail surveillance video recorded him making an illegal transaction with an inmate.

The incident was referred to the Criminal Investigative Division of the Sheriff’s Office. Detectives, along with a corrections deputy investigator, conducted a brief and intensive investigation which resulted in Jenkins’ confession and arrest. Jenkins, who had been employed by the Sheriff’s Office for three months, was terminated from his job. The case is being referred to the Office of District Attorney for prosecution.

Jenkins was charged with introduction of contraband to a correctional facility. He was jailed briefly before posting a $5000.00 bond for his release.

“It’s always disheartening when an officer violates the trust of his fellow officers as well as the citizens he is sworn to serve and protect,” stated Sheriff Randy Seal. “Jenkins willfully chose to violate the law and now must face the consequences of his actions. We take no delight in arresting one of our own employees, but his status as an employee had no bearing on a fair and impartial investigation and arrest.”