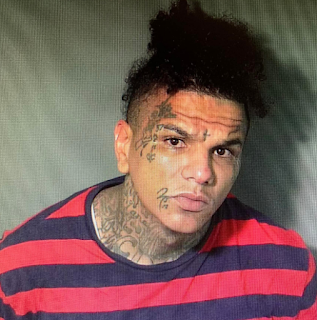 Around 10:00 AM Wednesday (March 2, 2022) morning, Slidell Police detectives identified Raymond Bayona (age 32), who was walking through the parking lot of Ray’s Time Saver and who was a wanted person. Detectives keep watch of the Bayona while they contacted and waited the arrival of uniformed officers. As uniformed officers arrived, Mr. Bayona immediately fled, running inside of the business.

Bayona was located hiding in a rear office of the building and was subsequently arrested. During the arrest, Mr. Bayona was found to be in possession of a firearm and narcotics, that he attempted to hide in the office he was in.

During the booking process, it was discovered that in 2020, Mr. Bayona was released from prison after serving his sentence for armed robbery and attempted homicide.