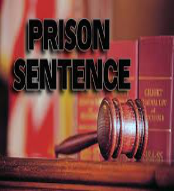 U.S. Attorney Duane A. Evans announced today that on Wednesday, March 23, 2022 Travis Leon Moore, age 39, was sentenced in the United States District Court after pleading guilty to a one count indictment charging him with being a felon in possession of a firearm. United States District Court Judge Ivan L.R. Lemelle imposed a sentence of 100 months in the federal Bureau of Prisons to be followed by supervised release for a period of 3 years.

Moore was arrested by the Washington Parish Sheriff’s Office deputies on March 22, 2018 after they were notified that he had threatened two individuals with a sawed-off shotgun.  The notification stemmed from a domestic dispute that involved Moore’s partner and her family member.  Authorities retrieved the firearm after Moore discarded the weapon out of a window.  After his arrest, Moore admitted that he possessed the firearm.

He was booked into the Washington Parish Jail on the charges of Aggravated Assault With a Firearm (2 counts), Obstruction of Justice, Careless Operation, Resisting Arrest by Providing False Booking Info, Convicted Felon in Possession of Firearm, Possession of Firearm With Obliterated Serial Number, Possession or Dealing in Unregistered or Illegally Transferred Weapons, and Attempted Second Degree Murder.

U.S. Attorney Evans praised the work of the Bureau of Alcohol, Tobacco, Firearms, and Explosives, and the Washington Parish Sheriff’s Office in investigating this matter.