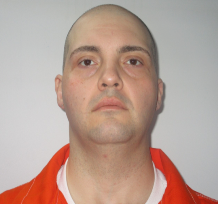 Yesterday (February 10, 2022), while conducting a sobriety check point at the intersection of Highway 10 and Pope Road, a Washington Parish Sheriff’s Office patrol deputy noticed a strong odor of marijuana coming from a stopped vehicle. After having the driver pull to the shoulder of the road, and after the driver admitted to having marijuana in his vehicle, the deputy discovered a glass jar containing a large amount of marijuana which Louisiana statutes designate as a Schedule 1 drug. In addition, the driver was in possession of a semi-automatic pistol.

“Many persons have confused emotions about marijuana,” stated Sheriff Randy Seal. “The fact remains that Louisiana law classifies it as an illegal drug. We are sworn to enforce Louisiana law and will arrest any and all persons in possession of illegal drugs in Washington Parish.”