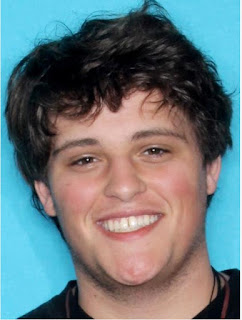 On Wednesday (February 2, 2022) evening, Covington Police Officers were dispatched to a domestic disturbance, where a subject was reported pointing a firearm at multiple people.

Responding Officers noticed a vehicle fleeing the area at a high rate of speed. Officers proceeded to conduct a traffic stop on the suspect vehicle and after a short pursuit, officers stopped the vehicle. The driver was identified as 19 year-old Benjamin Bobrowski and also quickly identified as the subject pointing a firearm at multiple people earlier. A shotgun was found in Bobrowski’s possession and determined to be the firearm Bobrowski was pointing at the people involved in the disturbance.