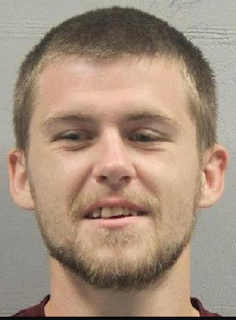 District Attorney Warren Montgomery reports that on February 17, 2022, Don Patrick Barrington, Jr., age 32 and of Slidell, was found guilty by a jury of 2 counts of Armed Robbery.

Before midnight on December 25, 2017, the Slidell Police Department was dispatched to an Exxon gas station. The cashier/victim stated that a white male wearing a black skull cap, gray long sleeve sweat shirt, black pants and black gloves had approached her behind the counter with a hunting knife, ordered her to open the register, took approximately $77.00 and fled.

About 30 minutes later, officers were dispatched to a Shell station in Slidell. The cashier/victim stated that a white male, fitting the same description, entered the gas station with a weapon in his hand and told her “I need the money out of the register.” The armed robber attempted to pry open the register but was unsuccessful. He then took off his right-hand glove and scanned a can of Coke to conduct a transaction to open the register. He took approximately $275.00 cash and fled.

Police were able to retrieve video footage from both locations and posted clips of the video on social media. Members of the public contacted law enforcement and identified the defendant as the perpetrator. Police successfully lifted a fingerprint from the Coke can and the print was later matched to the defendant.

Police later located the defendant and arrested him. A search of the defendant’s motel room revealed the knife and clothing used during the robberies.

Counsel for defendant claimed that his client did not do it, and that he was misidentified. The State argued that there was too much evidence to the contrary.