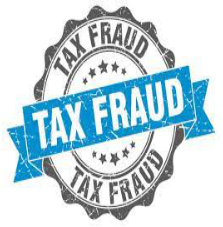 U.S. Attorney Duane A. Evans announced the filing of a two-count bill of information charging Michael J. Doll, age 46 and of Kentwood, with wire fraud and filing false federal tax returns. The charges were filed on Friday, February 11, 2022. U.S. District Judge Wendy B. Vitter will preside over the case.

According to court documents, Goll was the New Orleans branch manager of Company A and from January 2013 through September 2017, defrauded the company of approximately $549,667.39. Goll is alleged to have executed the scheme by sending Company A false invoices from shell companies that he had created, when in fact the work was either done by Company A’s own employees or the work was not done at all. As part of the scheme, Goll had a contractor who did personal work for Goll inflate his bills to Company A to cover the work done for Goll. Goll justified the overbilling by telling the contractor that he planned on buying Company A in the future, although Goll never did. Moreover, the bill of information alleges that Goll filed false federal tax returns for 2017 claiming a negative income of $22,102.00, when in fact his income for 2017 was $325,232.00.

U.S. Attorney Evans reiterated that a bill of information is merely an accusation and that the guilt of a defendant must be proven beyond a reasonable doubt.

This case was investigated by the U.S. Secret Service and Internal Revenue Service Criminal Investigation. Assistant U.S. Attorney Matthew R. Payne is in charge of the prosecution.