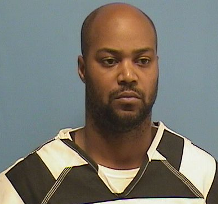 District Attorney Warren Montgomery reports that Jamie Lynn Bridgewater, age 35 from Ponchatoula, pleaded guilty as charged on Monday, January 10, 2022 to one count of simple burglary. The plea was taken by District Judge Vincent Lobello. He was sentenced to 12 years in the Department of Corrections at hard labor, which is the maximum sentence for simple burglary.

On September 8, 2021, St. Tammany Parish Sheriff’s Office was dispatched regarding a burglary at a Madisonville business. The victim reported that his box trailer lock had been cut off and that 12 tools including drills, a jigsaw, worm saw, air compressor and other items were stolen. An eye witness had observed a middle-aged black male in a tan sedan backed into a driveway and placing large objects into his car trunk. As he drove off she was able to photograph the vehicle.

The victim was notified shortly thereafter that one of his stolen items had been posted for sale on Facebook Marketplace. Posing as a buyer, the victim contacted the seller/defendant on Facebook. The defendant informed the victim that only an air compressor was still available for sale. The victim asked for the defendant’s location in Ponchatoula and found his stolen air compressor in the defendant’s open trunk. Victim then reported to Tangipahoa Parish Sheriff’s Office who picked up the defendant, who subsequently confessed in an interview. St. Tammany Parish Sheriff’s Office was notified.