State Fire Marshal (SFM) deputies continue investigating the circumstances surrounding a house fire in Lacombe that claimed the life of a male resident on Tuesday (January 11, 2022).

In the early morning hours, St. Tammany Fire District #3 responded to a report of a residential fire in the 27000 block of Washington Street in Lacombe. Firefighters arrived on scene to locate one occupant safely evacuated outside of the home and learned there was a second occupant who had originally escaped but reentered the home in an attempt to save pet dogs and never came back out. That victim was located and transported to a local hospital for treatment but unfortunately died the following day. The status of the dogs is unknown at this time.

While official identification and cause of death are pending with the Coroner’s Office, the victim is believed to be a 60-year-old resident of the home.

Following an assessment of the scene, deputies determined the fire began in the home’s living room. 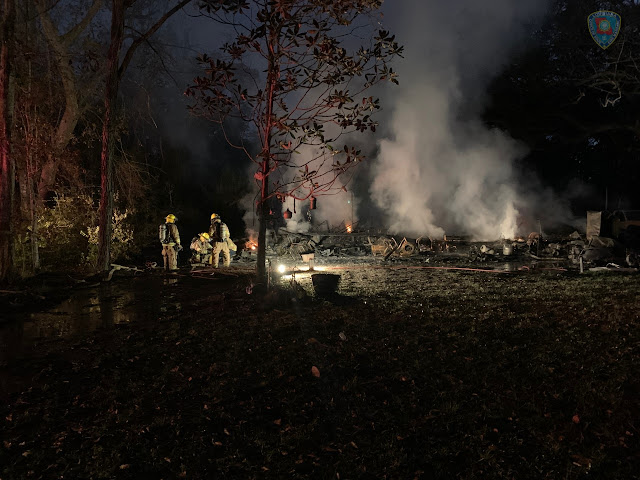