Angie Man Back in Jail – The 8th Time 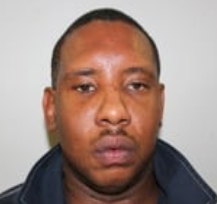 After being arrested last year and again earlier this year for terrorizing and falsely reporting a crime, Talage Wayne Ratliff, age 40 and a resident of Wilbur Dillon Road near Angie, was arrested once more on November 18, 2021 for the same offenses. This is the eighth Washington Parish arrest for Ratliff.

His previous charges have included arrests fir for theft, felony possession of stolen property, attempted simple robbery, battery of an infirmed person, distribution of illegal drugs, failure to appear in court, aggravated rape, false imprisonment, terrorizing, criminal mischief, disturbing the peace with loud and abusive language, false report of a crime, resisting arrest by providing false booking information and being a fugitive from another jurisdiction. He was still in jail on November 22, 2021 with his bond set at $15,000.

“There is no logical explanation for what he does,” stated Sheriff Randy Seal. “Falsely reporting a crime is serious in that it is time consuming for deputies and interferes with their ability to respond to legitimate calls for service. It seems that Mr. Ratliff would have learned his lesson by now. Obviously, he hasn’t.”