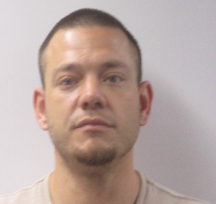 Already jailed for identity theft, Benjamin James Newman, age 34 and a resident of Frankie Miller Road in Mt. Hermon, has been arrested two more times. Last month, a Louisiana State Police investigator visited the Washington Parish Jail and provided warrants to officers who in turn arrested Newman on new charges of theft and being a fugitive from Tangipahoa Parish, St. Tammany Parish and the Louisiana State Police. Then, toay (July 14, 2021), Newman was arrested a third time when Washington Parish Sheriff’s Office corrections deputies charged him with aggravated battery on another inmate and destruction of public property.