The Latest Franklinton Mayor and Board of Aldermen Meeting 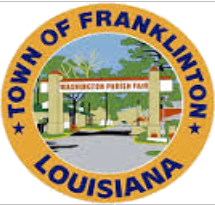 The Tuesday (June 8, 2021) meeting of the Franklinton Mayor and Board of Aldermen began by Mayor Route asking for prayers for the family of John Daniel, a lifelong resident of Franklinton and who served as an Alderman for 20 years (Click here for his obituary.) The meeting then proceeded with routine matters. The agenda was opened to add the hiring of a public works employee and a resolution accepting the returns of the March election results renewing a sales tax. Following a Public hearing on an ordinance to levy the sales tax approved by the voters in March, the ordinance was approved. In addition,

During comments from the Aldermen and the Mayor, two issues received lengthy discussion.

Mayor Route announced a COVID-19 Memorial event that will be at the Flagpole on June 14th at 7:00 PM. A Recognition Event  and book signing will be be on June 17th at 10:00 AM at the Municipal Building for Olympic Gold Medalist Alice Ruthie Bolton. Also on June 17th, a basketball camp will begin at Greater Hayes Creek Baptist Church near Warnerton.