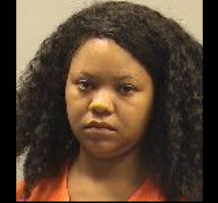 District Attorney Warren Montgomery reports that on Monday (June 14, 2021), Natalie Michelle Williams, age 34 and from Colorado, pleaded guilty as charged to two counts of attempted second degree murder, illegal use of a firearm during a crime of violence, aggravated criminal damage to property and obstruction of justice.

Williams was scheduled for trial but elected to plead guilty as charged to all counts moments after the State announced it was ready to proceed to trial. District Judge John A. Keller then sentenced Williams, who had no prior felony convictions, to a total of 15 years in the Department of Corrections without benefit or probation, parole, or suspension of sentence.

Williams was the girlfriend of a man who had been hired by the female victim to operate a semi-truck. On June 21, 2019 at approximately 2:30 in the afternoon, with the intention of ending the employment relationship and taking custody of the truck, the female victim requested Slidell Police to escort and stand by at a Slidell truck stop during the eviction.

Once the police left, Williams demanded money and fired a gun once into the air before firing multiple times at the male victim as he fled for cover. The defendant then turned on the female victim, firing multiple times at her. The defendant continued firing toward their vehicle where the victims’ one-year old son was sitting in a car seat. Multiple bullets struck the vehicle with at least three bullets penetrating the car and lodging inches from where the child was seated. Miraculously, no one was injured.

The defendant and her boyfriend fled into a nearby wood line where they hid before returning to the scene. A K-9 officer was called in to search for any evidence that might have been hidden in the woods. This search ultimately revealed a .357 revolver and a 9mm semi-automatic handgun. Additionally, investigators located hundreds of rounds of ammunition. Detectives also located the ten spent 9mm shell casings on the scene, which were forensically matched to the 9mm handgun.

When initially questioned by police, Williams denied her involvement in the shooting. However, investigators were able to locate three independent eyewitnesses in addition to the victims, who identified Williams as the perpetrator. And later in a candid audio conversation with her boyfriend, Williams gave a chilling account of the shooting. In this statement she can be heard boasting, “I was trying to kill that [expletive], oh I wanted to knock her [expletive] melon off.”

The victims were not present in court for sentencing, however the female victim asked the State to read an impact statement on her behalf stating, “Thank God we are all still alive.”

District Attorney, Warren Montgomery stated, “I would like to thank the officers for their thorough investigation and hard work. And I commend the good Samaritans, who witnessed the crime, for having the courage to come forward as well as the victims for their continued cooperation and bravery, which allowed our Office to achieve justice in this case and make our community safer.”