“Garbage Tax” on the Ballot for Bogalusans Oct. 9th

At their meeting on May 18, 2021, the Bogalusa City Council approved a resolution (see video beginning at 12:00 minutes) calling for a special election to authorize the levy of a 5-mil, 10-year tax on October 9, 2021, renewing what the bond attorney described the “garbage tax”. Anticipated revenue is projected at $413,000 per year. The funds received is intended to pay for garbage disposal and any additional funds would go to the General Fund. Numerous questions were asked by council members and the public and answered by the bond attorney, Mayor Perrette, and Fiscal Administrator Richard. 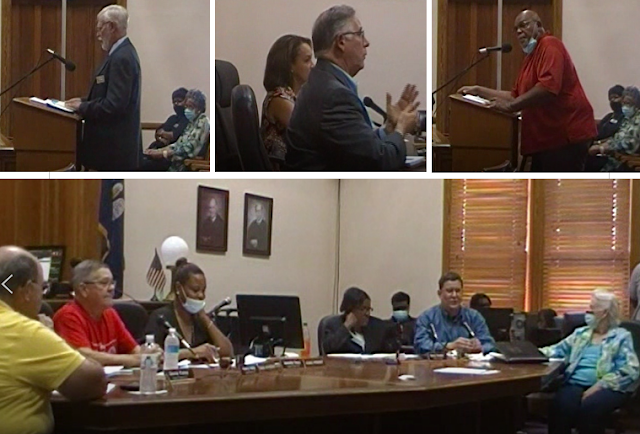 Fiscal Administrator Richard provided an update on his status as fiscal administrator. He said that he had reported to the Court and that his duties will soon end. Richard reviewed the problems that were identified, progress made toward resolving them, and gave additional recommendations. His remarks begin at 47:30 into video of the meeting.