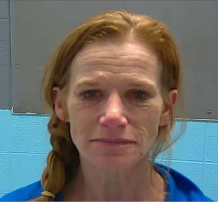 Tangipahoa Parish Sheriff's Office Chief James “Jimmy” Travis has reported that Tonya Lynn Hare, age 44 and of Hammond, was arrested on May 18, 2021 by the TPSO's Financial and Cyber Crimes Unit for illegally using the debit card of a deceased person. Hare is accused of withdrawing approximately $1,800 from several ATM’s machines, subsequently liquidating the bank account.

Hare reportedly confessed and is charged with (1) count each of Exploitation of the Infirm, Identity Theft and Bank Fraud. She is currently being held in the Tangipahoa Parish Jail without bond on a Probation and Parole violation.