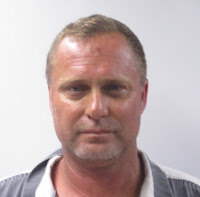 Jonathan Walter Magee, age 40 and a resident of Highway 430, was arrested April 7, 2021 on charges of domestic abuse with children present. The arrest came as the result of a complaint from the victim and an initial investigation by a Washington Parish Sheriff’s Office patrol deputy who determined the abuse had occurred.

The patrol deputy and a patrol lieutenant located Magee, arrested him, and transported him to the Washington Parish Jail where he was booked on five counts of domestic abuse with child endangerment. Magee has previous stays in the Washington Parish Jail beginning with drug possession, assault and a protective order violation in 2006. In 2007 he was arrested again for domestic abuse, protective order violation, indecent behavior with juveniles, simple battery, resisting arrest by flight, disturbing the peace and traffic offenses.

“Never will we tolerate known abuse of a spouse or other family member,” stated Sheriff Randy Seal. “Magee’s history of domestic abuse demonstrates some underlying issues that he must address. Otherwise, such behavior is likely to continue. I appreciate the fine work of our officers in making this arrest.”