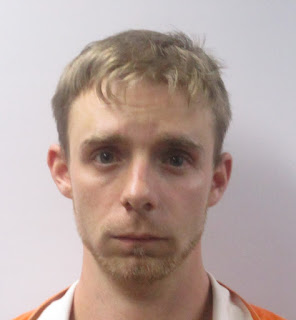 Ryan A. Jones, age 28 and a resident of Timber Ridge Road in Franklinton, was arrested on April 11, 2021 and booked into the Washington Parish Jail on charges of attempted murder, domestic abuse battery and aggravated assault.

Washington Parish Sheriff’s Office deputies responded to a complaint about the crimes and learned that Jones, while armed with a pistol, physically assaulted a female and threatened to kill her and a male companion while firing his pistol. Due to the nature of the crime, several deputies, along with a Louisiana State Trooper, responded to Jones’ residence and were able to arrest him without incident.

Jones has a previous 2019 arrest for criminal damage to property, disturbing the peace and leaving the scene of an accident.

“This could have escalated into a very serious situation,” stated Sheriff Randy Seal. “Anytime a firearm is involved in the commission of a crime, there is the potential for deadly violence. I am so grateful he was arrested without incident and I appreciate the good work of all officers involved.”