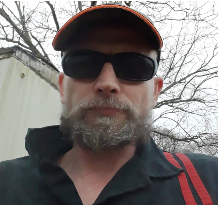 On April 29, 2021, bail bond agents were attempting to take two parish residents into custody at 21358 Highway 436. One of the suspects, Rodney Wayne Smith, a 45 year old resident of that address, and a fugitive from Pearl River County, Mississippi, was in handcuffs and located in the rear seat of the bounty hunter’s vehicle when he managed to get into the front seat and speed away. Washington Parish Sheriff’s Office deputies and detectives responded and pursued the fleeing vehicle which turned north on Highway 62 and north again on Highway 424 when officers lost sight of the vehicle near Hubert Grantham Road. The vehicle was later found abandoned down an embankment about thirty yards from the roadway off Highway 424. Smith was not on scene, but did steal an Anderson Arms AR15 from the vehicle when he fled on foot.

Drug Task Force detectives were called to the scene along with a canine team from Rayburn Correctional Center. Officers were unable to locate Smith, but were able to determine he fled in the woods west of Highway 424 and somehow was able to shed his handcuffs and shackles. A warrant has been obtained for Smith for vehicle theft, aggravated flight from an officer, theft of a firearm and being a convicted felon in possession of a firearm. 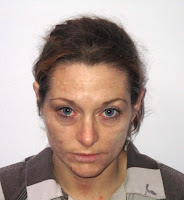 Smith’s accomplice was arrested at the residence on Highway 436. Heather Jones, age 36 and a resident of Avenue D in Bogalusa, was booked into the Washington Parish Jail based on an outstanding warrant for failure to appear in court. Jones has a previous arrest in September 2020 for possession with intent to distribute illegal drugs.

“If you know where Rodney Wayne Smith is located, please call and let us know,” stated Sheriff Randy Seal. “He is armed, so do not try to apprehend him yourself. Call us at (985) 839-3434 and give us whatever information you have. We will take it from there. Callers may remain anonymous. We need to take Smith into custody before anyone gets hurt.”